This paper was presented at the 2017 Association of European Schools of Planning (AESOP) in Lisbon. For papers presented by others at this conference see the AESOP website. For the PDF of the full paper, click this link: ID 1543 | Puerari et al. Shaping space of interaction for sustainability transitions.

Cities are complex environments where different actors and stakeholders co-exist and learn how to live together. Within these complex environments, different types of citizens initiatives are arising that we consider to be important starting points for achieving urban transformations to sustainability (Niki Frantzeskakiet al., 2016). These kind of initiatives, typically enacted by social entrepreneurs, civic volunteers, local activists,freerange civil servants etc., are challenging the traditional ways of city making through which urban services,spaces and buildings are usually developed through policy and planning. They seem to stimulate the rise ofseveral new types of interactions between citizens, entrepreneurs and freerange civil servants but so far arehardly facilitated and linked to urban planning in a systematic way. Such interactions can be considered astransformative social innovations (Avelino & Wittmayer, 2016) that redefine the relations and interactionsbetween actors to realize sustainable alternatives contributing to wider transitions. These transformativeinitiatives can be nurtured, developed, replicated, or complemented in protected environments and are oftenseen as part of a broader transition movement (Gorissen, Vrancken, & Manshoven, 2016). Thosetransformative initiatives are triggering the rise of spaces for the interaction between different stakeholders inurban environment, which is a key element of particpatiory city making. This paper aims to explore the role ofplanning in participatory city making. It connects complexity in planning and transition theory in order todescribe the space of the interaction between the different urban stakeholders. 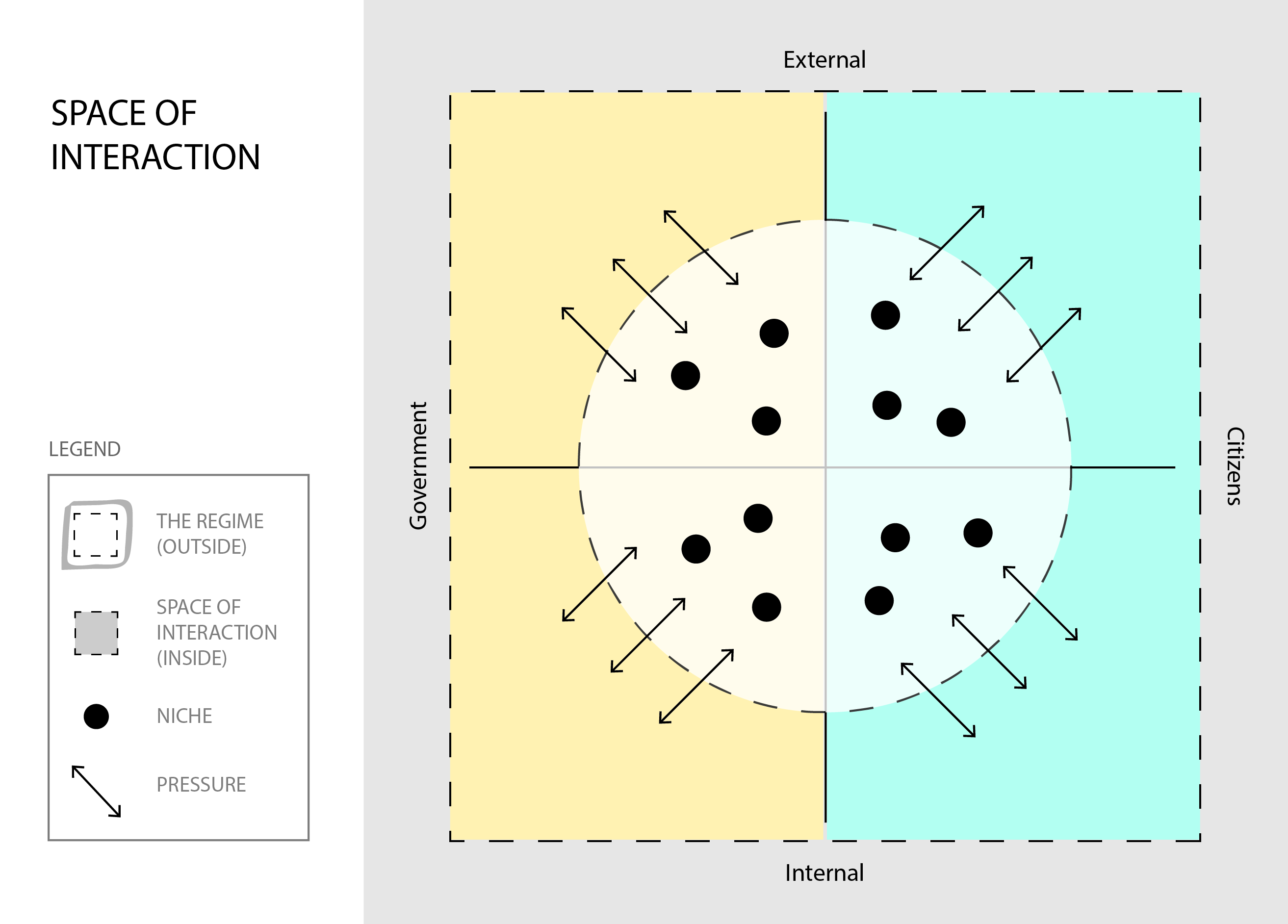